Sally Law in the latest issue of The New Yorker has a fascinating interview with Cindy Meston and David Buss, psychology professors at the University of Texas at Austin, about their book, "Why Women Have Sex." Here's the paragraph that jumped out at me:

[W]hereas men’s sexual orgasm tends to be fairly predictable and reliable in the sense of its occurrence, women’s sexual orgasm is highly variable. It's variable from woman to woman, and variable within the same woman from partner to partner, circumstance to circumstance, etc. Sexual attraction provides another example. Men’s sexual attraction tends to be based heavily on visual cues. Women’s sexual attraction tends to be far more nuanced. It’s affected by olfactory cues (how a man smells), personality of the partner (such as sense of humor and confidence), social status (how he is regarded in the eyes of his peers), other women's judgments of how attractive he is, and many other factors, in addition to the visual cues. The qualities women find to be sexually attractive in a man also vary across the ovulatory cycle, such as a shift toward finding more masculine features (faces, bodies, and voices) attractive at ovulation.

Now that may be putting too fine a point on it. But I think it is helpful to understand that men and women are not mirror images of each other, but rather seem to think about and experience desire in very different ways. 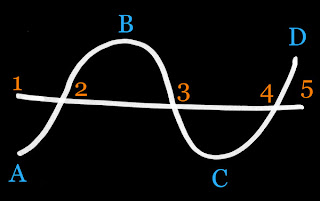 And of course Dr.'s Meston and Buss focused their research on heterosexual desire. It would be fascinating to replicate their research but focus it instead on homosexual relationships and those in which gender is more variable.
[Note: it's tough to write about this topic without slipping into using sex and gender synonymously. But as I pointed out in a previous post, sex is not the same thing as gender.

Also because I occasionally write on sex and gender (and use explicit language), it's interesting to see the keywords in the google searches that sometimes bring people to my site. Many many people who end up at my post, bleeding heart liberal, were not exactly looking for an exegesis on subconscious framing in political speech. But for the few dudes out there who were looking to get off, ended up here by accident, and maybe learned a little something new in the process, I guess that's to the good too.]
Posted by RFK Action Front