Did Marya Hornbacher kill the "pain-and-suffering-memoir" genre and if so, is that a bad thing? 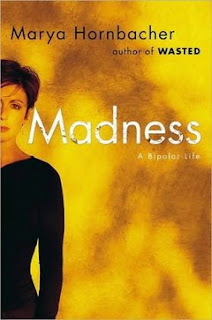 The pain-and-suffering-memoir genre has been hot in publishing for much of the last 15 years.

Susanna Kaysen seemed to jump start the modern pain-and-suffering-memoir craze in 1993 with her brilliant account of her experience in a mental institution, diagnosed with borderline personality disorder, in Girl, Interrupted. (BTW if you have the chance, read the book, but don't watch the movie -- they are very very different.)

In 1994, Elizabeth Wurtzel came out Prozac Nation, an astonishingly beautiful memoir of living with depression which became a national bestseller.

Then in 1998, Marya Hornbacher came out with Wasted: a Memoir of Anorexia and Bulimia. Wasted is a masterpiece, a work of literature so poignant and searing that I imagine people will be reading it 50 or 100 years from now in the same way that we now read Sylvia Plath.

So last year (2008) I was surprised to see that Marya Hornbacher had a new memoir out called Madness: a Bipolar Life. My head tilted like Scooby Doo realizing, ruh roh, something was not right here. There were no loose ends at the conclusion of Wasted -- Hornbacher had triumphed over the most severe case of anorexia imaginable and fallen in love and married a wonderful guy. There was no need for a sequel. In fact, putting out a second pain-and-suffering memoir seemed to violate the #1 rule of the pain-and-suffering-memoir genre which is: You only get to write one! And yet here, in my hand, at the local bookstore was Marya Hornbacher's new pain-and-suffering-memoir, Madness, exactly 10 years after Wasted had been published.

Naturally I bought it took it home and read it in one sitting. Now Hornbacher writes that she had likely been suffering from bipolar disorder all along and anorexia was merely a symptom of this larger disorder (which makes sense of course). In the course of Madness she bounces from one disaster to another -- severe cutting, alcoholism, sabotaging relationships with friends and family, multiple trips in and out of mental institutions -- with such frequency that she starts to appear self indulgent. The writing in Madness lacks the insight and power of Wasted -- perhaps the result of memory loss from multiple electro-convulsive ("shock") therapy treatments (which she recounts in Madness). In Wasted, Hornbacher, for all of her setbacks, was still always the subject of her own destiny. In Madness, Hornbacher has become pure object buffeted by the relentless waves of misery.

Wasted was perhaps the singular achievement in the pain-and-suffering-memoir genre. And Madness feels like the work of an aging championship boxer coming back into the ring long after he should have retired. After 15 years of one-upsmanship in the pain-and-suffering-memoir genre, with one extremely talented author after another showing that she (usually it's a she) could survive (and even thrive! amidst) the most severe hardships imaginable, it is as if Marya Hornbacher turned in the ultimate piece of performance art, going all in against all comers in the game of misery poker to show that no matter what, she will always have the winning hand. Madness feels like the end of an era in publishing, the curtain coming down on an era of self disclosure as a form of self help.

But I wonder if, in the process, Marya Hornbacher also gave us a great gift and opened up space for new forms of storytelling to emerge. Because there was always something disingenuous about the pain-and-suffering-memoir genre. The stories were always told as a "Hero's Journey" and seemed to follow the same script -- an earnest well-intentioned young woman (or man) is beset by some evil affliction (disease, abuse, injury, or accident) that is not understood by western medicine and perhaps is caused by our modern era itself. Through trials and tribulations the author figures out how to smote the evil affliction and lives happily ever after and then sends us all a note about how she did it so that we might be aided in our own journeys. (Of course that is putting too fine a point on it, one could also make a compelling case that these authors were merely trying to narrate their own experience and illuminate the human condition and had no intention of telling a Hero's Journey sort of tale.)

The only problem with the hero's journey structure is that, particularly with mental health challenges, it rarely works out as neat and tidy as all that in real life (and memoirs after all are supposed to be an account of real life). For example, Elizabeth Wurtzel went on from the success of Prozac Nation to write a self help advice book for women, The Secret of Life: Commonsense Advice for the Uncommon Woman. But in order to complete that advice book she started taking speed and in the process became a meth addict -- which then led to her next memoir More Now Again: a Memoir of Addiction. [Kaysen, to her credit, ends Girl, Interrupted decidedly unsure -- unsure whether she was ever sick, unsure of whether she will ever be considered what society calls "well." The movie of Girl, Interrupted on the other hand presents a Hero's Journey that runs counter to the ambivalence portrayed so effectively in the book.]

In some ways then, Madness: a Bipolar Life functions like Richard Wright's masterpiece Native Son (although obviously the pathologies in Madness are much much less severe than those depicted in Native Son). Do you remember reading Native Son in high school? In the book, Wright creates a sort of anti-hero in his character Bigger Thomas. An Amazon.com review states:

Other books had focused on the experience of growing up black in America -- including Wright's own highly successful Uncle Tom's Children, a collection of five stories that focused on the victimization of blacks who transgressed the code of racial segregation. But they suffered from what he saw as a kind of lyrical idealism, setting up sympathetic black characters in oppressive situations and evoking the reader's pity. In Native Son, Wright was aiming at something more. In Bigger, he created a character so damaged by racism and poverty, with dreams so perverted, and with human sensibilities so eroded, that he has no claim on the reader's compassion. ... Wright's genius was that, in preventing us from feeling pity for Bigger, he forced us to confront the hopelessness, misery, and injustice of the society that gave birth to him. --Andrew Himes

I think finally that's what Hornbacher does with Madness. She smashes the pain-and-suffering-memoir genre and in the process smashes the Hero's Journey form of story telling. She creates in herself a character whose extremes of self destructive behavior are so far beyond the norm that she no longer makes a claim on the reader's sympathies. She seems to be saying 'here I am, fucked up, beyond repair, beyond happily ever after, that is my experience of life, can you bear to look at it? can you stand it if life does not come wrapped in a bow?' In the process, I think she opens up space for us to once again see the world as it is with all of its light and darkness. Madness thus opens up space for stories that go beyond the Hero's Journey, into the depth of the human experience.

Update #1: this post is slightly modified from an earlier version.
Posted by RFK Action Front

that was nice to read this.. that was really great.. for more information regarding Pittsburgh memoir writing, Pittsburgh storytelling, Pittsburgh corporate communication u can visit http://www.jayspeyerer.com/