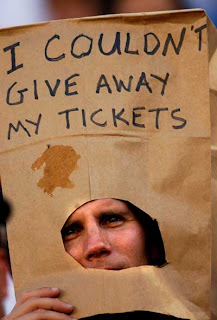 Imagine your city has a basketball team and they really suck (worse even than the Clippers, if you can imagine that!) This team sucks so bad that not only do they never win a game, BUT THEY REGULARLY KILL MANY OF THEIR FANS! And there's something about the arena or the pyrotechnics before each game that gives asthma to thousands of children in attendance and shortens the lifespan of thousands of fans. (See, I said they were worse than the Clippers!) You'd be pretty outraged right?

Now imagine if that same team took the money from season ticket holder and everyone in the entire community, and used it NOT to improve the team, NOT to bring in new management or new players, NOT to clean up their arena, NOT TO STOP KILLING PEOPLE, but instead to launch a massive advertising campaign to tell you that THIS TEAM IS GOOD (AND NEVER MIND THE PEOPLE WE KILL AND INJURE).

That's pretty much the situation we have with the coal industry today.

The coal lobby seems to have more money than God. The coal lobbying group, Americans for Balanced Energy Choices is spending $35 million THIS YEAR to try to influence the public debate. $35 million buys a lot of PEOPLE. ABEC has 5 press officers. They have an outside agency that runs their website and a full-time "researcher" who just goes around commenting on blogs. They have a contract with R&R Partners (the same advertising agency that brought you the "What happens in Vegas stays in Vegas" campaign) to produce their advertising. They also appear to be running a nationwide ground campaign that mirrors the campaigns of the Presidential contenders. In each state they visit they apparently hire an additional local PR agency to help them spread their message.

It'd be brilliant if only it wasn't so evil.

But where does all of the money that is funding this coal misinformation campaign come from? Well, it comes from the coal companies and a handful of utilities. Yes, but where does their money come from? IT COMES FROM YOU AND ME EVERY TIME WE PAY OUR ELECTRICITY BILL.

A little historical background and then some action steps to kick some ass. When Thomas Edison first figured out how to use coal to generate electricity, he worked with J.P. Morgan (the same folks who just stole AN ENTIRE INVESTMENT BANK in the middle of the night, but I digress) to figure out how to profit from his invention. Edison's right hand man was a guy named Samuel Insull, Jr. It was Insull who was really responsible for taking Edison's invention and figuring out how to get the first power plants built across the country.

The problem that Insull faced was that the start-up costs for a power plant were enormous -- not only did they have to build the power plant but there was no electrical grid at the time so all the transmission lines had to be built as well. Insull didn't want to invest all that money only to lose out to a competing utility in the same region. So he came up with the clever idea that power companies should be regulated by public utilities commissions. It sounds strange for an industrialist to insist on regulating his own industry but in the process the power companies were able to divide up the entire country and NOT HAVE TO COMPETE WITH EACH OTHER. (All the info in the last 2 paragraphs comes from Jeff Goodell's book, Big Coal: The Dirty Secret Behind America's Energy Future.)

Public utilities commissions set the price that the public will pay for electricity, while guaranteeing that the power company will recover its investment plus a profit.

Which brings me back to ABEC. The $35 million that they are blowing on TV ads and a nationwide ground campaign is coming from you and me in the form of the utility bills we pay. THE FACT THAT THE COAL LOBBY HAS ALL THIS MONEY LAYING AROUND TO SPEND ON FANCY TV ADS MAKES ME BELIEVE THAT WE ARE PAYING TOO MUCH FOR OUR ELECTRICITY.

And I think we should ask for our money back.

Public utilities commissions are just that, public. Every state has one. And they are required to take public comments. If you are unhappy with the coal industry taking your money and spending it on a massive misinformation campaign that will ultimately jeopardize your health -- you have a right to complain.

Here's a list of the Public Utilities Commissions in every state.

Here's the How to File a Complaint link for California (and each state will have a similar link with step by step directions you can follow).

Specifically, I think the Public Utilities Commissions across this country owe rate payers (that's you and me) $35 million in rebates for excess profits given out to the power industry this past year. How do we know they have charged us $35 million too much? Because ABEC is spending $35 million of our money on a campaign to lie to the us about the dangers of coal, that's how. 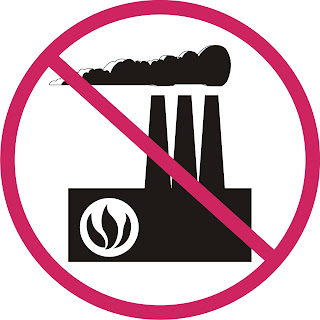