I came across three articles this week that suggest that our always on, 24/7, Twitter, Facebook, iPhone, Blackberry social media society is doing some seriously bad things to our brains:

The problem is that the type of reward you get from Twitter seems to activate a kind of scattered, jumpy feeling... If I have something to write, I'd much rather just hang out on Twitter and look around a while first. And when I then try to write, I find my brain isn't in the right gear, it's overly stimulated... It does indeed feel, after time on Twitter, like I haven't slept and can't focus on harder tasks.

Slate.com, "Seeking: How the brain hard-wires us to love Google, Twitter, and texting. And why that's dangerous." Money quote:

We actually resemble nothing so much as those legendary lab rats that endlessly pressed a lever to give themselves a little electrical jolt to the brain. While we tap, tap away at our search engines, it appears we are stimulating the same system in our brains that scientists accidentally discovered more than 50 years ago when probing rat skulls.

In 1954, psychologist James Olds and his team were working in a laboratory at McGill University, studying how rats learned. They would stick an electrode in a rat's brain and, whenever the rat went to a particular corner of its cage, would give it a small shock and note the reaction. One day they unknowingly inserted the probe in the wrong place, and when Olds tested the rat, it kept returning over and over to the corner where it received the shock. He eventually discovered that if the probe was put in the brain's lateral hypothalamus and the rats were allowed to press a lever and stimulate their own electrodes, they would press until they collapsed... Later experiments done on humans confirmed that people will neglect almost everything—their personal hygiene, their family commitments—in order to keep getting that buzz.

[Perhaps you remember the story of the South Korean video game player a few years back who literally died from playing a video game too long -- 50 hours straight. The official cause of death was said to be, "heart failure stemming from exhaustion." But we could just as easily list the cause of death as dopamine addiction, just like the lab rats in the example above.]

Finally, here's the article that will blow you away: "Abuse of technology can reduce UK workers intelligence." It's from a research study conducted by Hewlett Packard in the UK in 2005 and it suggests that the machines are really starting to interfere with our productivity. Money quote:

LONDON , 22 April, 2005 – New research , commissioned on behalf of technology experts Hewlett Packard, reveals that 62% of adults are addicted to checking messages out of office hours and whilst on holiday. Half of workers will respond to an email immediately or within 60 minutes, and one in five people are “happy” to interrupt a business or social meeting to respond to an email or telephone message.

Perhaps more worrying is the effect of Info-Mania on workers’ IQ. Far from making workers more productive, the findings of a new scientific experiment reveal that those who "over juggle" and who constantly disrupt meetings and important tasks to read and respond to messages, significantly reduce their IQ. In a series of tests carried out by Dr Glenn Wilson, Reader in Personality at the Institute of Psychiatry, University of London, an average worker’s functioning IQ falls ten points when distracted by ringing telephones and incoming emails. This drop in IQ is more than double the four point drop seen following studies on the impact of smoking marijuana. Similarly, research on sleep deprivation suggests that an IQ drop of ten points is equal to missing an entire night of sleep. This IQ drop was even more significant in men who took part in the tests.

Incredibly, these troubling findings on internet addiction are from 2005 -- BEFORE Twitter even existed (and before Facebook had gained such massive penetration in the market). I imagine if a similar study were done today the results would be dramatically worse.

Let me just speak to my own experience for a moment. I find that e-mail and Facebook can easily lead to a sense of overwhelm. (And I don't even own a Blackberry or iPhone so I'm not tempted to check it even when I'm away from my computer.) But Twitter is a whole 'nother thing entirely. I find that after an hour on Twitter I'm dizzy; the frontal lobe of my brain -- where short term memory is stored -- feels foggy; I literally feel like I'm drunk. And then it takes another 45 minutes to an hour until my brain is back to feeling "normal" again.

Now your experience very well may be different. But I'm interested that the author of the piece in Psychology Today reported similar feelings in his head after too much time on Twitter. It's not the layout, it's not even the amount of information that is the issue. It's the way that constant "seeking" activity stimulates dopamine production in the brain that causes the problem. Other studies are starting to show a link between internet addiction and depression and ADHD in teenagers. I'm also interested by the apparent differences between men and women in the HP study where men had even more severe impairment from "over-juggling" than women.

Interestingly, after feeling repeatedly overstimulated and completely zonked out after using Twitter several times this week, I've returned to meditation for the first time in years. I've been following the meditation instructions of Reggie Ray in his CD series, "Meditating with the Body: Six Tibetan Buddhist Meditations for Touching Enlightenment with the Body." Quite literally, the 3 hours I've spent listening and doing the exercises contained in Meditating with the Body are the only time I've felt at peace all week. If you are feeling overwhelmed by the constant pace of information overload, I strong recommend that you turn off your computer and spend a few hours meditating with Reggie Ray [okay so the cover art on the CD is kinda whacked out -- but the content is the best meditation instruction I've ever heard. It's non-violent, earthy, feminine and very effective.] 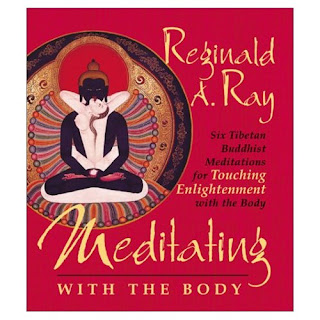 Let me say one last thing. A friend on Facebook reported this week that he had just learned that one of his friends had committed suicide. If you are depressed or suicidal -- do NOT turn to Facebook or Twitter for social interaction. It will make things much much worse. It will overstimulate the seeking centers of your brain (blowing out your dopamine receptors) without producing enough of the pleasurable reward your brain is seeking. Turn off your computer and find real people. Call anyone, visit anyone, chat with or just be in the company of other people. We are social animals. Real human contact will always have a redeeming quality that cannot be matched by a computer.
Posted by RFK Action Front

In the same category, Video Games. I'm not a techie but recently spent 12 days on a sailboat with a World Of Warcraft (WOW) addict who was withdrawing from the "game". He could not stop talking about WOW and all its wonders. This guy was 50 YEARS OLD!

WOW is specifically designed to hook people and keep them hooked for newer versions and "adventures".

Thanks for the comment. Yep video games totally light up all those curiosity and novelty seeking circuits in the brain. Also the Southwest Airlines "ding," the Outlook "eep" and the Blackberry new mail message vibration or beep all trigger a sort of Pavlovian response in our brains. I think we've reached the point where this is actually starting to become a huge problem -- our electronic devices have been so ubiquitous that they are starting to rewire our brains in ways that dramatically reduce overall quality of life. That's certainly been my experience just since the introduction of Twitter.

I just want to give a shout out to CKMichaelson for driving some serious traffic to this post. If you have not done so already, please check out his blog: Some Assembly Required -- it's a really impressive site.